Matariki, the Māori New Year, is recognised by the rising of a cluster of stars known as the Pleiades that appear in mid-winter. The Matariki Festival is a celebration of friendship, collaboration, arts and harvest – and a time to celebrate the abundance of culture and talent in New Zealand. Invercargill’s Matariki Festival runs in […]

Bunnies and goats were the stars of the Animal Reserve as the winner of the grand prize from Discover our Parks enjoyed a private tour of the enclosures at Queens Park. Hayley Ward, who entered the competition at the Russell Square Discover our Parks event in March, shared her prize with her husband Joshua, friend […]

﻿ A new bronze statue honouring famed Invercargill composer Alex Lithgow has been unveiled in the city, more than a century since he composed a tune which has become world-renowned. The official unveiling of the statue, on Saturday, was attended by the Invercargill Garrison band, members of the public, and even three generations of Lithgow’s […]

Sandy Point track will be temporarily closed due to forestry operations. From Friday 12 April – Thursday 18 April public access to Rovers Track at Sandy Point will be closed while site preparation for forestry is underway. Please contact the Parks Office if you have any questions or comments: phone (03)2199070; email parks@icc.govt.nz

More than 20 students visiting Invercargill from Thailand meet with His Worship the Mayor Sir Tim Shadbolt at the Invercargill City Council this morning. The reception took place in the Council Chamber and included speeches and a presentation of gifts. The students, from various schools in the Bangkok area, Thailand, are being hosted at James […]

Bluff dog owners can now enjoy exercising their pet off-lead at Ocean Beach Reserve. As a result of changes to the Invercargill City Council Dog Control Bylaw, Ocean Beach reserve has been designated as an area where dogs can be off-lead, but still must be under their owner’s voice control. Council Compliance Team Leader Elle […] 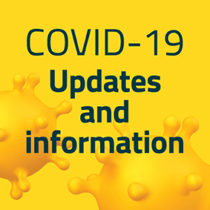