The special exhibition which honoured Southlanders who fought and died in World War I was reopened for a further two days due to demand. The exhibition, which was open at 63 Esk Street between 1 November 1 and 10 November 2018, proved to be so popular that volunteers  agreed to open it again on  November 16 and 17  at the former ASB Bank building. 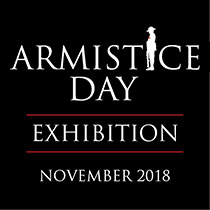 Invercargill City Council Archives Assistant Wendy McArthur said about 70 people had been to visit the exhibition each day it was open, and feedback had been 100 per cent positive. Also, several school and community groups visited the exhibition by appointment outside the exhibition’s hours of 10am to 4pm.

Representing the Council’s contribution to the exhibition are the stories of South­land men killed in the liberation of Les Quesnoy, on 4 November 1918, as well as the Invercargill Borough Council employees killed during World War I. Invercargill RSA and Awarua Communications Museum have also set up displays as part of the exhibition, and the Invercargill City Libraries and Archives team’s Since Writing You Last project also features.