A major upgrade of the city’s main water pipeline is set to begin this month as Invercargill City Council works to future-proof the city’s water supply.

The Branxholme Pipeline Upgrade is a substantial Council project, which will see more than 10km of pipe installed through several city streets, along a state highway and under two rivers.

Council Group Manager Finance and Assurance Michael Day said work would begin on North Rd this month and was expected to take about 18 months to complete.

“This is a major piece of infrastructure work and Council has set aside $25.35 million for this important project,” Day said.

“The existing pipeline is nearing the end of its range of service life and needs to be replaced to ensure the continuation of the city’s water service.

“The pipe there now was installed in 1958, so it’s timely to upgrade this key piece of infrastructure that supplies our city with water. The new pipes are designed to last for over a century, so we’re really doing our bit for the future,” Day said.

A “drill shot”, where specialist machinery lays pipeline underneath an existing water source, would be undertaken at the Waikiwi Stream and at the Waihōpai River.

Pipe would also be laid through the Lorneville roundabout, in conjunction with Waka Kotahi.

There would likely be some disruption for residents living and travelling along the pipeline route, and they will be contacted and kept informed about what is happening, he said. 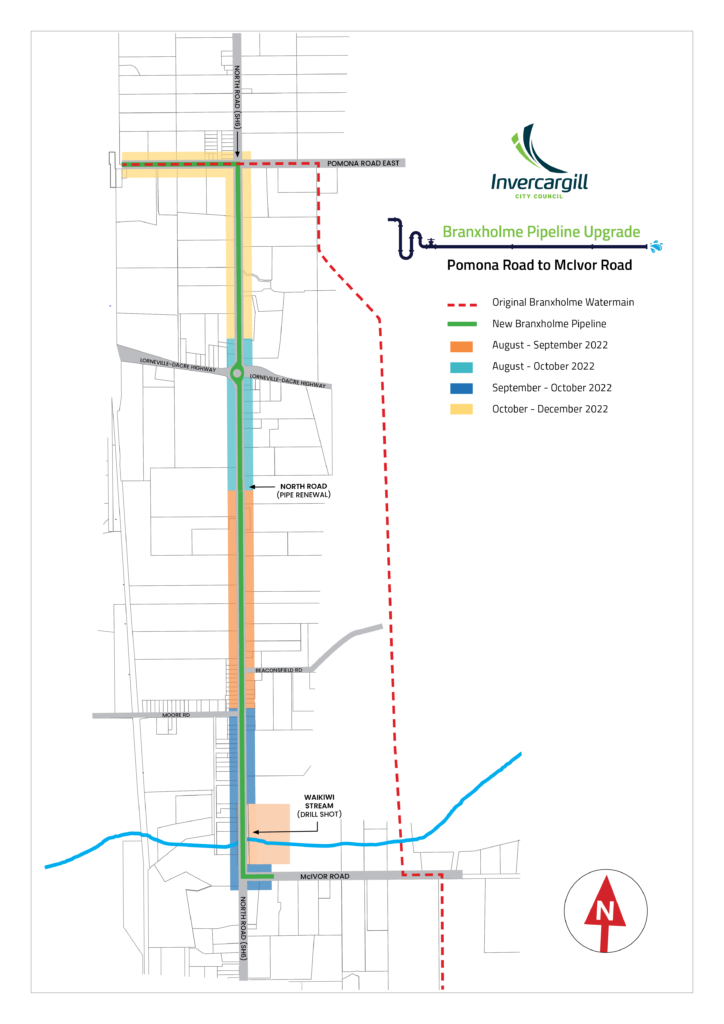