The Invercargill City Council, Southland Regional Council (Environment Southland) and Invercargill  Licensing Trust use the First Past the Post system, while the Southern District Health Board uses the Single Transferable Vote system.

Special voting
You can apply for a special vote during the three week voting period if one of these situations applies:

You can apply for a special vote by:

When completing a special vote, you will also need to fill in a statutory declaration. This is a legal requirement and protects against possible duplicate voting.

What you can vote for

Successful candidates are elected for a term of three years. In 2019 elections will be held for:

Depending on where you live, you may also vote for:

Nominations for Mayor (1 vacancy) Becs Amundsen Candidate Profile Statement: Proven. Dedicated. Real. My principal place of residence is in the Invercargill City Council area. I am also standing for Councillor – At Large. I want you to be involved and excited about Invercargill. My vision is a thriving city that exceeds your expectations. A […] 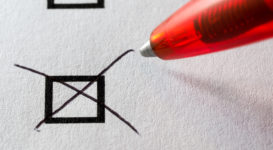