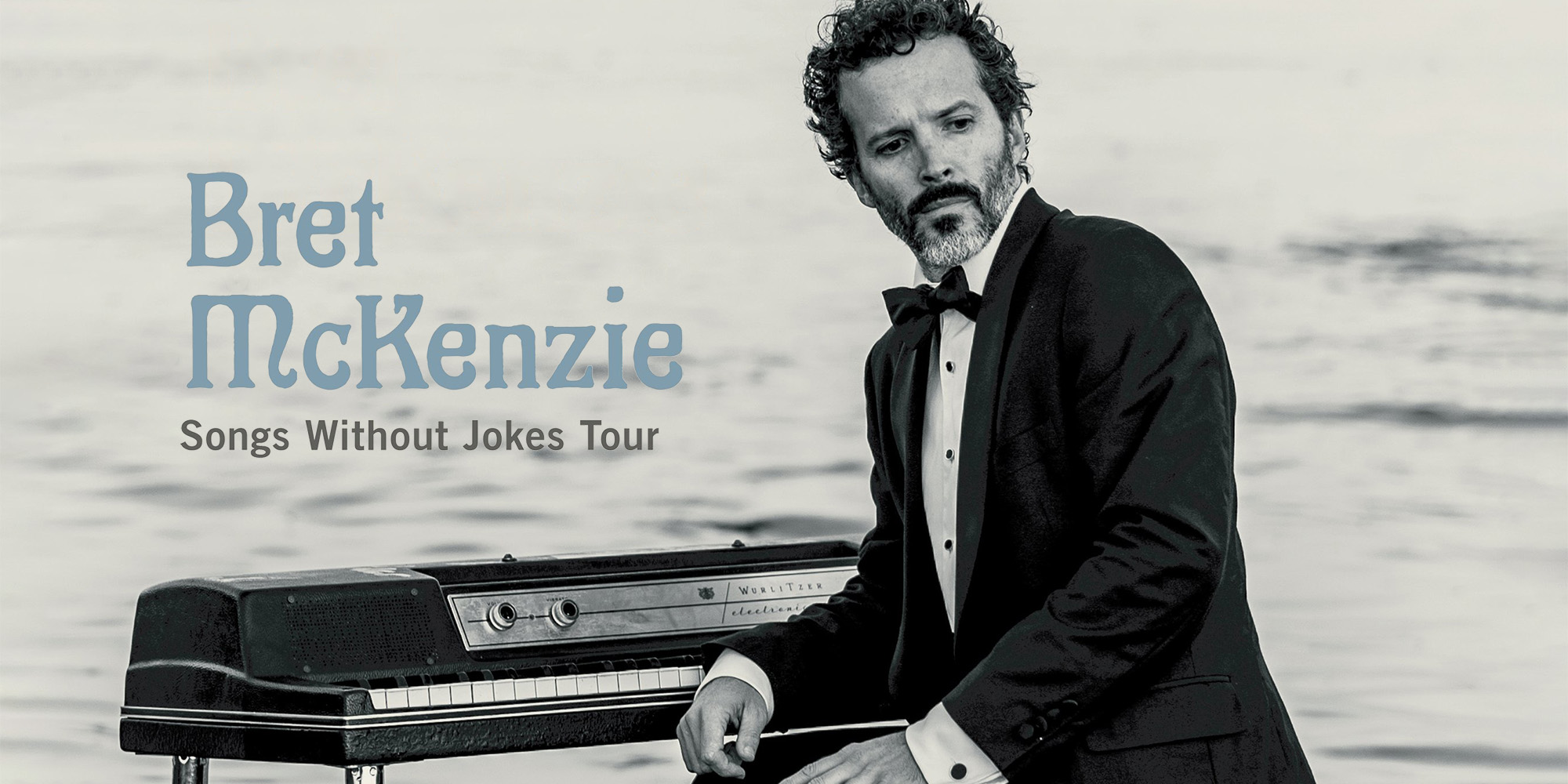 Bret McKenzie—whom you know from such modern musical treasures as comedy duo Flight of the Conchords, the Muppets movie reboots and other ace family friendly soundtracks, Lord of the Rings fan blogs, guest songs for The Simpsons, cycling around the streets of Wellington, and more— has a new solo record coming out filled with songs that ARE NOT COMEDY SONGS!

More on that later, because today not only signals new music is on the horizon, but we (we as in Aotearoa, New Zealand) are also being treated to a national bloody tour from Bret, his piano, his microphone and his 9-piece band.

In what promises to be a night that warms the cockles of your heart, Bret and band will be playing the length of Aotearoa this September in some of our most iconic and esteemed venues. Beginning in Nelson, the tour makes its way further south to Christchurch, Dunedin and Invercargill, before heading to Bret’s hometown playing the Wellington Opera House. The tour then climbs off the beaten track to take in Whanganui and Hastings’ Opera Houses before wrapping up in the bustling metropolis of Auckland.

It’s not a comedy tour, but you will smile, you might even laugh in places, that’s ok Bret’s a funny guy. The tour is in celebration of his new album ‘Songs Without Jokes’ out Fri 26 August. The clue is in the title really isn’t it.

Tickets are available from any Ticketek outlet, including the ICC Ticketing Office.

Box Office: Door sales based on availability in the hour prior to the show start time.

Prices above do not include service fees, credit card charges or method of delivery fees.

IMPORTANT – Tickets to all events at this venue must be purchased from Ticketek. Tickets purchased through a third party or unauthorised seller will result in your tickets being void and your access into the event being restricted.