Invercargill’s Queens Park is a finalist in the annual Beautiful Awards, competing with four other special spots from throughout New Zealand for the Kiwi’s Choice award.

“To receive this recognition means so much for a team who put their heart and soul into maintaining, beautifying and showcasing this treasure of gardens, play areas, aviaries and animals in the heart of Invercargill,” she said.

Queens Park is a finalist in the Kiwi’s Choice section of the awards, up against Dudding Lake in Marton, the Great Lake Pathway in Taupō and the Jim Barker Playground and Lake Huiputea, both in Otorohanga.

Last year’s winner, Ruakuri Bush Walk, Waitomo, is rated as one of the best short walks in New Zealand – a spectacular loop walk through a forested gorge, past natural sculpted cliffs and under low limestone arches with glowworms visible at night.

The team have now been tasked with making a short video to be shown at the annual Beautiful Ball Awards dinner at Auckland Zoo, where the winners will be announced.

“We so often hear how lucky Invercargill is to have such an incredibly stunning green space for our people to relax, recreate and unwind in,” Mrs Rain said.

“We are truly grateful to be a part of this place.” 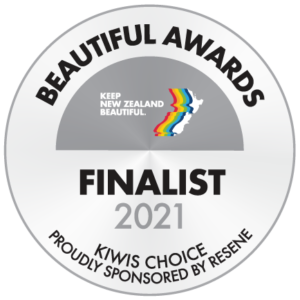