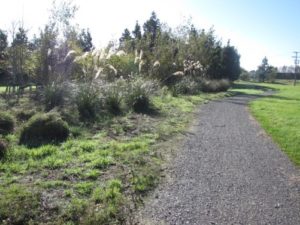 Myers Reserve is located approximately two kilometres north of the centre of the City and is within the North Invercargill suburb of Waikiwi.

Access to the reserve is provided off Myers Street which runs off Bainfield Road. Bainfield Road is a main thoroughfare linking the top end of Queens Drive with North Road (State Highway 1).  Pedestrian access from the south end of the reserve can also be gained from the Hoffman Court access way and the grassy strip along the water services corridor from Hoffman Court that adjoins to the eastern boundary of the reserve. 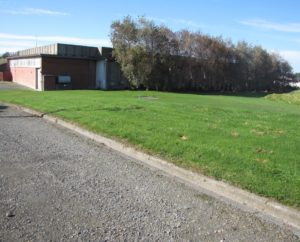 Myers Reserve is used as a public reserve for outdoor recreation, with the exception of the water reservoir.  It is also used for other forms of informal use such as walking and cycling along the formed path that links Myers Street to Hoffman Court.  The grassed area in the reserve becomes an open space for public use, enjoyment and recreation at any time.  The western side of the reserve still holds a lot of water after rain because of the original excavation of clay for the brickworks and can therefore be too wet at times to be walked or biked across.

The Water Reservoir is located on the eastern side of the reserve next to the jump park. It is serviced by the Invercargill City Council Waterworks Division. The reservoir supplies water to housing in north Invercargill. 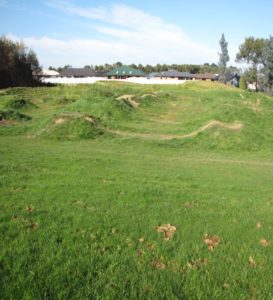 The jump park has been used by a wide range of age groups and biking abilities since its development in 2007.

The development of the jump park was organised by the Southland Mountain Bike Club and included the use of existing ramps from when it was used as a BMX track.  Soil mounds of the former BMX track were reshaped to form the cycle jump park which will continue to evolve with input from users over time. There is seating alongside the jump park for other users to sit and view.