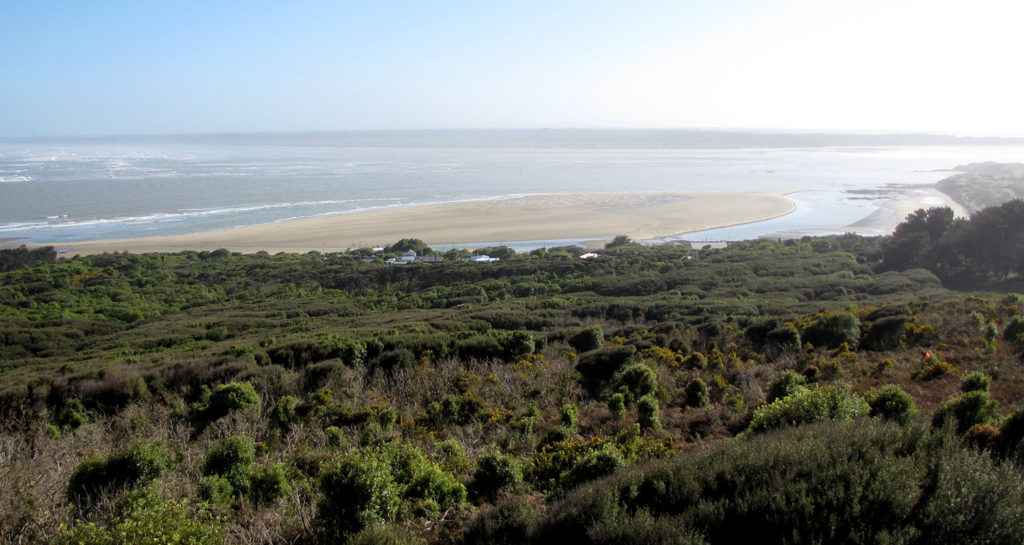 Omaui Reserve has been of historical significance to the Omaui area ever since it became the first gateway to Invercargill. Omaui township was originally occupied as a settlement by Maori and later by Europeans as a whaling base, pilot station and health camp.

It complements the adjacent Omaui Scenic Reserve (Department of Conservation) which is considered significant as the largest tract of bush in Invercargill City.

Take State Highway 1 south towards Bluff and turn right onto Omaui Road at Greenhills. Follow this road until you reach the Omaui settlement. Omaui Reserve is at the far end of the settlement at the end of the road.

The loop track through regenerating coastal bush takes you past an elevated lookout platform. Enjoy the panoramic views over the Invercargill Estuary and Sandy Point towards the Takitimu Range on the horizon.

Omaui Reserve is a dog on leash area.