Stirling Point Track is due to reopen today following the construction of a new boardwalk.

A Kingtide storm event washed away a piece of the existing path at Stirling Point walkway making the existing bank unstable for public use, resulting in the construction of a new medium term boardwalk.

Working closely with Heritage NZ, a midden was protected by placing a layer of bidum and gravel over it for safe beach access for the heavy machinery, followed by a layer of topsoil with an access path to the beach. 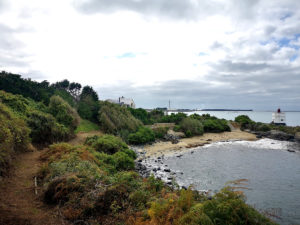 Planting will take place over the next few weeks with the Parks Team choosing plants without deep root systems that won’t damage the midden.

Erosion protection was also done by placing locally sourced rock rip-rap below and in front of the damaged embankment that also fitted into the existing rock face in the bay.