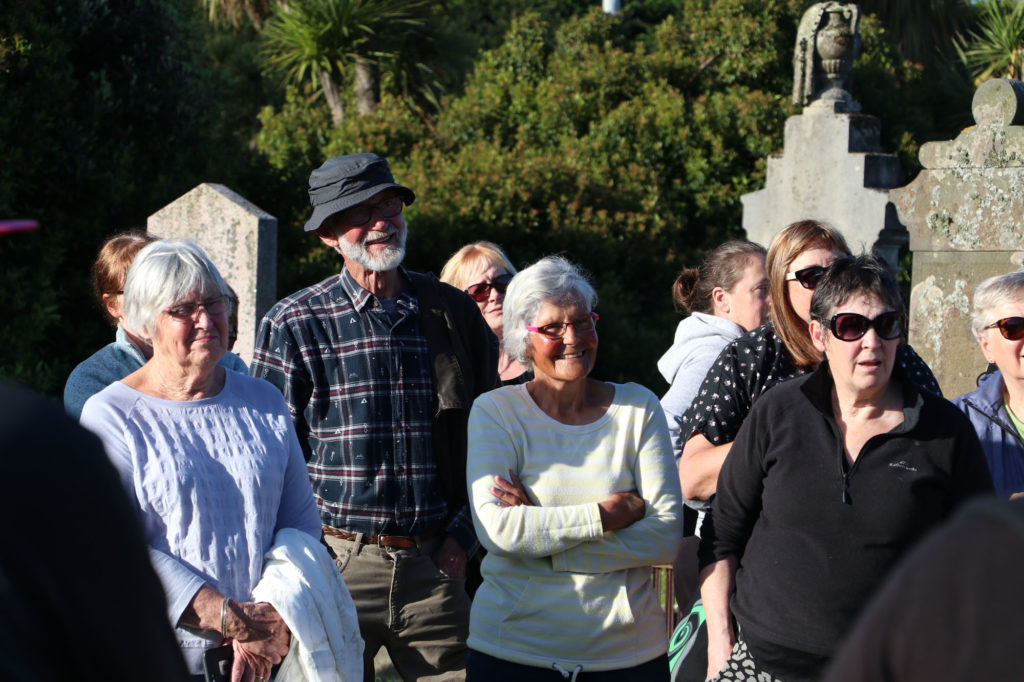 Leading the way and telling some of the more intriguing stories about our past residents was historian Lloyd Esler.

There was a lot of interest in the tour held on Wednesday evening, with more than 60 people taking part.

Among the graves visited was Invercargill’s first resident John Kelly who was originally buried in Nelson Street before being re-buried in the Eastern Cemetery, as well as sundial maker James Stewart whose gravestone is a cross fashioned into a sundial.

Burt Munro’s grave, adorned with motoring related trinkets including sparkplugs, attracted a lot of interest, along with the newly refurbished grave of Charles Flowers who is the only American Civil War veteran buried in Southland.

Mr Esler was pleased to see the large turnout of people and the growing interest in Southland history.

“A lot of people have genealogy stories which they shared with me, including a mass murderer whose victims are buried together in an unmarked grave,” he said.

Cemetery Service Team Leader Ricky Mulqueen thanked Lloyd for giving his time to events like the cemetery walk and sharing his knowledge that helps the community connect with our history.

“I also like how people joined in and told stories and shared extra bits of information,” Mr Mulqueen said.

The next event is on Sunday 8 November, 1.30pm at Old Bluff Cemetery where you can join Jan Mitchell and the Bluff History Group on a guided walk through the cemetery.

Cemeteries & Crematoria Week takes place 31 October – 8 November 2020 to raise awareness of the value of cemeteries in the community.