Work on upgrading the foul sewer and storm water drains on Tay Street is about to move to the next phase!

At the moment, you will see works are still happening on the North side, between Deveron and Jed Streets, but this work will be finishing up soon!

Works on the South side of Tay will begin slightly East of the intersection of Nith, Tay and Kelvin Streets.

This means that Tay Street, between Nith and Conon Street, will be reduced to one lane for west-bound traffic.

At this stage it is likely there will be no left turn into Nith Street from Tay Street for a short time. 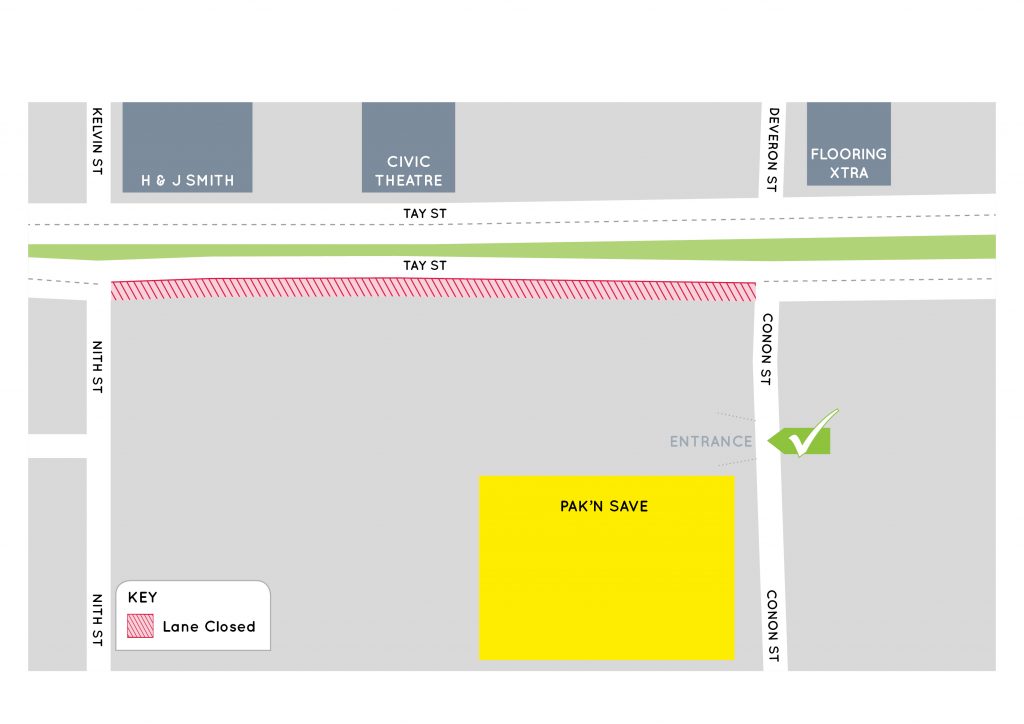 We encourage Pak ‘n’ Save customers to use the Conon Street entrance and exit while these works are ongoing!

Access to all businesses on Tay Street via the footpath will remain open at all times, but some parking will be removed on the street.

Work will proceed towards Ythan Street during the next two months.