The next stage of the Tay Street Foul Sewer and Stormwater upgrade is starting this week.

Shoppers heading to Pak‘nSave are encouraged to come from the south to do their shopping. Please be aware there will be no entry to the Pak‘nSave carpark from Tay Street.

The Tay Street exit from the Pak‘nSave carpark will reopen on Thursday.

Also important to note, the Conon Street bus stop outside the Southern Institute of Technology (immediately south of Tay Street), is temporarily moving one block south (so that it’s south of Forth Street).

These changes will remain in place for the next 10 days while work is carried out. Thank you for your patience. 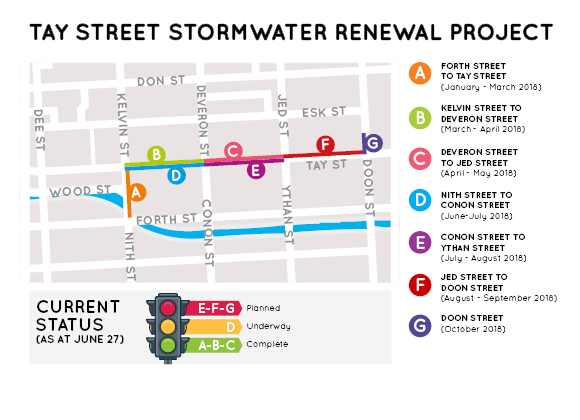