The Invercargill City Council’s Governance Statement explains how the Council works and how it involves the public in decision-making. The aim is to promote local democracy by making sure residents understand how the Council operates and how they can have their say.

The Council is required to prepare a Governance Statement after each triennial election and to make it available to the public. It includes information on Council functions, responsibilities and activities; how Councillors and Community Board members are elected; the roles and conduct of those elected members; Governance structures and processes; public access to people and the organisation, and key planning and policy documents.

“Our City with heart” / “He Ngākau Aroha”

This document sets out standing orders for the conduct of proceedings at meetings of territorial authorities, regional councils and community boards in the form of model orders for adoption with or without amendment. It incorporates new provisions in the Local Government Act 2002 as they affect the provisions of the model standing orders.

The Coat of Arms 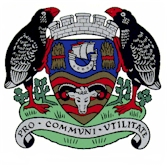 The Council’s Coat of Arms was proposed in 1956 as part of Invercargill’s centennial year and was first exhibited in June 1958. The  shield is supported by a pair of takahe, once thought to be extinct but rediscovered in Fiordland in 1948. The crown is the emblem of government. The wavy bars behind the ram’s head are taken from the Arms of the House of Drummond, which is associated with Invercargill’s namesake, Captain William Cargill. The foliage represents Southland beech and the motto Pro Communi Utilitate translates as “For the Benefit of the Community”. The design also features a ram’s head and two sheaves of wheat to represent Southland’s farming traditions. The ship represents export activity. Today the Coat of Arms is used only as as an official seal and on special occasions.