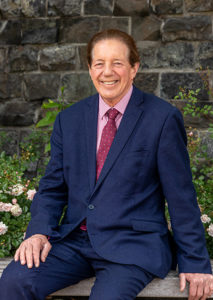 Sir Tim Shadbolt is a local Invercargill hero and New Zealand icon, known for his wide-mouthed smile, wicked sense of humour, standing-up for a wide range of causes and for supporting the average Kiwi.

He was born in Auckland and was a foundation pupil and prefect at Rutherford High School. He attended Auckland University where he majored in History.

It was there that he started his student activism and was also the editor of Craccum magazine. After leaving university, Sir Tim started his own concrete contracting business, managed the family orchard and worked for community and political causes.

The former two-term Mayor of Waitemata City was also a Councillor for Auckland Regional Council and Waitakere City Council. He was elected Mayor of Invercargill from 1993 to 1995 and is now in his eighth term. In 1998 he faced five other candidates and cantered home 5821 votes clear of the next best finisher.

Media and the Mayor

The Mayor has written on a subjects ranging from concrete to film making, as well as two autobiographical books. He s currently a columnist for the Southland Times and the Southland Express.

He has appeared in many radio, television and magazine presentations. The Mayor was one of TV1’s “Intrepid Explorers” (the episode featuring his trip to Borneo screened in October 2004). His trademark grin beamed out in “Dancing With the Stars” and “7 Days” – and even down from the big screen thanks to bit parts in “Two Little Boys”, “The World’s Fastest Indian” and “Utu”. The Mayor also featured in a short documentary screened at the 2013 Sundance Festival: “The Cleanest Pig” is the story of the Auckland Island pigs, the Mayor’s role and the ground-breaking treatment of Type 1 diabetes. The mini-documentary (3min 36sec) is now available on the internet. Here’s the link: The Cleanest Pig

The Mayor’s books include A Mayor of Two Cities (autobiography published in October 2008), WFI – The World’s Fastest Indian (commemorative programme, published in 2005), The Kiwi Dome Project: Waitemata City Council (published in 1989), In Defence of Children (published in 1982),Concrete Concrete: A practical Handbook (published in 1980), Utu: The Story of The Film (published in 1979), Notes on The Country I Live In (written with Ans Westra and James K Baxter, published in 1972), First NZ Whole Earth Catalogue (edited by Tim Shadbolt, published in 1971) and Bullshit and Jellybeans (Tim Shadbolt’s life and turbulent times up to 1971, the year of publication). He is also a popular after-dinner speaker and, in his role as Mayor, he attends many community related functions and ceremonies.

Rugby World Cup 2011 and the Mayor

Invercargill was the official host city for Scotland and the capping ceremony was held at Te Rau Aroha Marae, Bluff, when the visitors received their caps from RWC director Bill Beaumont. But as the official Scottish Rugby website reported, first there was Mayor Tim.

“The capping ceremony … was preceded by Invercargill’s cheeriest ambassador, its mayor, His Worship Tim Shadbolt. Imagine a younger version of Ken Dodd, and a man with a permanently sunny disposition and you’ll get the picture,” the website reported.  “He regaled the party with what he claimed was the only rugby joke he knew (and it was a good one) before it was down to the cap presentation.”

On April 29, 2012 Mayor Tim smashed the record for the world’s longest television interview. He started the attempt at noon on Saturday (April 28) and at 2pm the next day he reached his goal of 26 hours. The old mark, set in Spain in 2009, was 12 hours and 30 seconds. It was also the longest one-on-one interview on any media and the longest single event on New Zealand TV (edging out Telethon).

His Worship the Mayor Sir Tim Shadbolt pictured at Government House with his son Declan and grandson Jared ShadboltIn the 2019 New Year Honours list Mayor Tim was made a Knight Companion of the New Zealand Order of Merit for services to local government and the community.  Sir Tim told the media that the knighthood was not just for him but for the people of Invercargill.

Inviting the Mayor to a function

If you would like the Mayor to attend your event or function it is advisable to send the invitation and other details well in advance. You should supply the following information and you are welcome to contact the Mayor’s Office for advice: phone (03) 211 1777 or email mayor@icc.govt.nz