New speed limits will appear in parts of Invercargill from Friday, with a focus on improving safety on our city streets.

The Roading and Traffic Bylaw 2022, adopted by Invercargill City Council on May 24, comes into force on 1 July and aims to make it safer for all those travelling on city roads whether in cars, on bicycles or on foot.

The changes from Friday mean streets in the inner city, Windsor and South City shopping areas will be reduced from 50kmh to 30kmh.

“After our recent consultation about speed limits and traffic calming, Council is reducing speeds to make the roads safer,” Pearson said.

“We know this will be a change for our community, but it’s important that drivers are patient and cautious through this adjustment. A key aspect of safety on our roads is to respect other road users and pedestrians.”

For more information on the changes, please visit icc.govt.nz/speedreview or see the maps below. 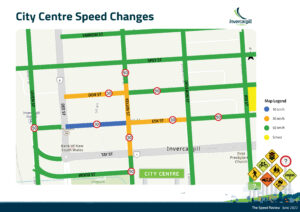 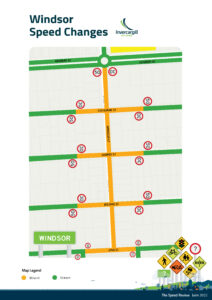 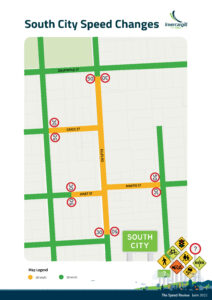